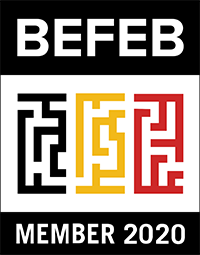 The name 'Harry Houdini' rings a bell for everyone. Around 1900, he became world-famous, which in those days was less obvious than in today's "social media" era. Yet in time, almost everyone in the Western World knew his name and reputation. The year is now 1915, and Houdini wants to pass on his knowledge to a select group of students. The applications are so numerous that Houdini has devised a pre-selection with a series of tests to separate the worthy from the unworthy. You consider yourselves eminently suitable to become apprentice magicians to the Great Harry Houdini, and you accept the challenge. In his magical world, nothing is what it seems and you will have to use a good eye and deft technique to get through all his carefully crafted trials.

The tomb of Amenhotep

Egypt has long appealed to the imagination, with its imposing temples and rich culture. To this day, ancient Egypt has yet to reveal all of its secrets and treasures. One of those mysteries is the tomb of Amenhotep I. He was the first king to separate his funerary temple from his tomb. Although remains of his death temple were found, his tomb has still not been discovered. Around 1900, however, a Sir Jameson thought to have found enough clues to locate the tomb. He had also found mysterious golden coins that were supposed to be the 'key' to the tomb. Since then there has been no trace of Sir Jameson. Until now... With your group of student archaeologists you have found a new clue which leads to the entrance of the temple. Can you get in and - more importantly - get out again?

Possibility to drink something